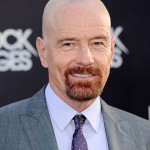 The latest news on the Superman : Man of Steel sequel is that they now have a Lex Luthor as they have signed Bryan Cranston the star from Breaking Bad.

It’s looking positive for Cranston as he is a very popular actor and has a television background which helps incase they want future DC comics movies to cross over to TV. He has also just finsihed filming Breaking Bads final season in time to start work on the Man of Steel Seqiel.

If the rumours are true it also looks likley Bryan Cranston will play Lex in no less than six movies starting with the Man of Steel sequel.

It’s thought that Lex Luthor in the new movie will actually be a partial good guy working with the government and Wayne Enterprises to develop weaptons to fight the alien threat. The film would start with Bruce Wayne and Lex Luthor working on a synthetic Kryptonite. In the Man of Steel movie we saw both Lex Corp and Wayne Enterprises taking damage due to the invasion.

If the news of Cranston playing Lex in six movies is true he could also be in the Justice League movies too.