Warner Bros to fast track a Man of Steel Sequel 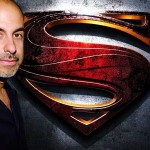 Before the Man of Steel even hits its opening weekend Warner Bros has confirmed not only a sequel but also a Justice League movie to top it all off.

The news comes as David S. Goyer the screen play writer behind the Dark Knight movies has aparently signed a three movie deal which included Man of Steel a sequel and the long time rumored Justice League Movie.

David S. Goyer has a good reputation for writing decent comic book movies. He has brought some very challenging characters to the cinema including Blade, Nick Fury and the reinvention of the Dark Knight after the George Clooney movies.

If all goes to plan the first Justice League movie will be closer to a Superman vs Batman movie but could open the door to so many DC comic book movies.