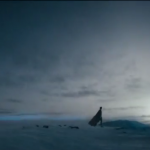 This could be the greatest trailer ever made in the whole multiverse. It’s the first full length trailer for nest years Superman movie which looks like its going to kick the ass of every other comic book movie ever made.

When the reboot was announced many fans said they would have been happy with another sequel but this just looks amazing and I think they may have actually made a movie which can live up to the legend which is Superman.

Compared to the Superman teaser trailer this give away a lot more to fans along with improved dialogue and a deeper look into what makes the man of steel.