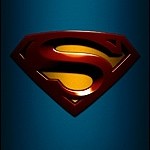 Mark Millar,the man behind Wanted and the upcoming Kick-Ass talks about the follow-up to Superman Returns.

Mark has been working closely with a ‘big-Hollywood action director’ – who he refuses to name at this stage – on a pitch for what he is calling the “Magnum Opus” of Superman stories. His idea is for an 8-hour saga, split into 3 films to be released a year apart.

Millar says,“It’s gonna be like Michael Corleone in the Godfather films, the entire story from beginning to end, you see where he starts, how he becomes who he becomes, and where that takes him. The Dark Knight showed you can take a comic book property and make a serious film, and I think the studios are ready to listen to bigger ideas now.”

And that “The problem with Superman Returns was like releasing Star Wars in ’77, The Empire Strikes Back in ’80 and then waiting 28 years to release Return of the Jedi, it wasn’t relevant. I understand what Bryan Singer was trying to do, to pay homage to Richard Donner’s original vision, but I think you should pay homage by doing something completely different.”

He finishes with “I want to start on Krypton, a thousand years ago, and end with Superman alone on Planet Earth, the last being left on the planet, as the yellow sun turns red and starts to supernova, and he loses his powers.”

This seems that Millar has a great idea here and we hope to see it in action!