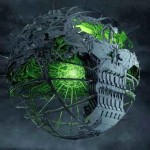 The Tim Burton Superman Lives movie was canceled during production in 1997. They had a script, costumes, even Nicolas Cage was signed up to star as the Man of Steel. The new concept art which resurfaced this week thanks to the guys at Tim Burton.jp features the first new images of the project for nearly a decade.

The concept art shows a few versions of Brainiacs ship along with Doomsday in a whole new form. The movie would have been very different to what fans have been used to. Some say it would have been a disaster but if you look at the potential from the crew such as Tim Burton and Robert Rodriguez up for director, Nicolas Cage or Ben Affleck to play Superman, Jack Nicholson or Kevin Spacey to play Lex Luthor with a script by Kevin Smith it would have probably been an epic movie.

In the movie Brainiac and Lex Luthor worked together to unleash Doomsday on Superman, Superman would die and return in the style of the Return of Superman Graphic Novel. 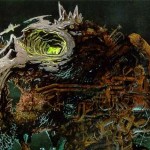 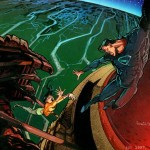 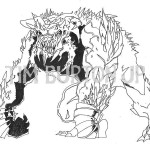 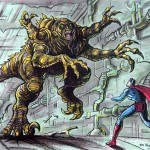 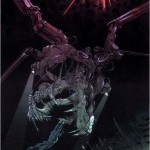 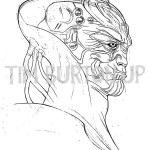 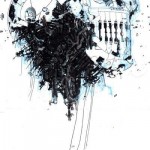 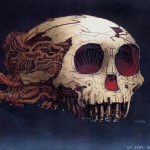