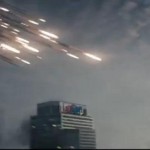 The third trailer for WBs Man of Steel movie has smoome terrific new scenes included. The new movie is a whole new reboot and a lot of details around Superman origin have now changed.

From looking a the trailer it indicates Krypton might not have been destroyed but just attacked or involved in a civil war. The trailer shows ships firing on the planet which could be Zods army or even Braniac which would be amazing to see in the cinema.

There are a few scenes you wont see unless you pause it after every second which we have done. One includes the Lexcorp building at 2:18 and a scene with a ship escapign Krypton with a giant squid like monster lashing at it.

With the Superman Man of Steel release date not long away we should still get one more trailer before the big world wide release. 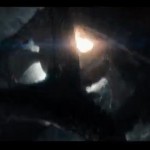 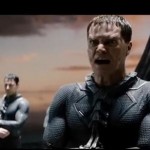