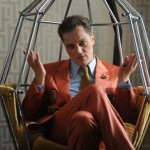 New casting news revealed for the 2012 Superman movie. It looks like the main villain will be General Zod. Zod was an evil dictator general from Krypton who shares Superman’s powers but in many ways is his opposite.

The recent casting news confirms that Michael Shannon (Revolutionary Road) has been signed to play Zod in the new movie set for release 22nd December 2012.

Zod is not only one of Superman’s most formidable enemies, but one of the most significant because he has insights into Superman that others don’t. Michael is a powerful actor who can project both the intelligence and the malice of the character, making him perfect for the role.

This news follows the recent reports that Lois Lane will be played by Amy Adams (Smalville, The Fighter).