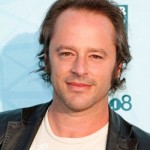 Infamous DC Comics character Maxwell Lord is to be cast in smallville this season, played by Gil Bellows (best known for his role in Ally McBeal. Bellows plays the powerful and ruthless business man, and influence to the justice league international formation, and backing them.

Revealed as a villain in later years after killing the Blue beetle, and being killed by Wonder Woman, Maxwell lord is reincarnated into comics as one of the Black Lantern Corps.

In several comics Lord has shown slight mind control powers and for a time he even infiltrated Superman’s psyche, but is unknown if Maxwell Lord will have these powers when the character appears in smallville.