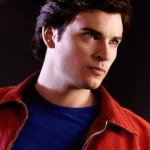 The possibility for smallville season 10 is enough for me to get exited, but When Smallville was moved to Friday nights, many fans assumed that was a definite sign the show was going into its final season. But now as Friday nights on the CW have improved alot! there is a high possibility for another season.

Speaking to Entertainment Weekly‘s Michael Ausiello,CW president Dawn Ostroff sounds optimistic about the show’s chances, and seems pleased with the show creatively. Ostroff says that the final decision will come in may.v

Another interview with IGN Tvs’ Eric Goldman “If the show doesn’t come back, I think it will be a sort of really last minute decision, because either development [for new series] was great or the show wasn’t doing as well on Friday nights. But we still have a whole half a season to go before we have to determine that,” she said.

So lets all keep our fingers crossed that season nine is not the last and hopefully neither is season ten.