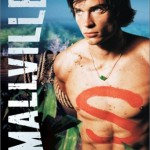 Here will be all the episodes starting from the first ever one.

Pilot – A meteor shower hits the small town of Smallville; twelve years later, a young man named Clark Kent saves the life of Lex Luthor, and both of their lives are changed forever.

Metamorphosis – He eats, he molts, he mates. Beware the Bugboy… Plus, Clark grapples with whether or not to give Lana her necklace back.

X-ray – Guys aren’t the only ones with big crushes on Lana. Tina Greer likes Lana so much that she wants to actually BE her. With her meteor freak powers of shape shifting, that might not be too difficult. Oh yeah, and Tina robs a bank as Lex. So much for playing the evil card later on.

Cool – A jock falls into Crater Lake and comes out of it all a meteor freak who must take body heat from his victims in order to survive. His next target: Chloe Sullivan.

Hourglass – An old man gets a second chance at life thanks to meteor rocks; and a woman predicts the futures of Clark and Lex.

Craving – A girl goes on a meteor-rock shake diet and becomes somewhat of a fat-sucking vampire.

Jitters – What is brewing on Level Three? Earl Jenkins, a man who claims to have “jitters” caused from experiments on that level of the LuthorCorp plant, wants the answers… and he’s holding hostages until he finds out the truth.

Rogue – Yeah! No Freak of the Week! Bad cop Sam Phelan witnesses Clark using his powers, and aims to take advantage of him. Meanwhile, Victoria Hardwick comes to town.

Shimmer – An invisible bad guy? or girl… and just what is Whitney hiding?

Hug – Two salesmen were transformed in 1989 and gifted with the same power of persuasion. One decided to go into hiding before his powers got him into trouble; another decided to use his power for reasons of evil.

Leech – Clark’s powers are transferred to another young man. As this young boy gets known, Clark comes to term with the fact that he no longer has powers.

Kinetic – Three jocks who have Kryptonite tattoos that can make them walk through walls decide to bring Whitney into their little gang.

Zero – A story partially told in flashback, as it seems someone who was killed on a night gone wrong at Club Zero in Lex’s past is back from the dead. All this, and Chloe digs too deep into Clark’s past for comfort, and Bo’s cows are killed.

Niceodemus – The Nicodemus flower is back and it’s making people go closer to their deepest instincts. Jonathan becomes violent; Lana becomes trampy; and Pete decides to get his revenge against Lex Luthor for what the Luthors did to his family.

Stray – A young man who can read minds is taken in by the Kents.

Reaper – A man touches people and they turn to dust, becoming a human grim reaper. He thinks he’s doing what’s right by ending their suffering

Drone – It’s class election time, and it seems like the buzz is around anyone who dares run against Sasha Woodman. The list of candidates includes Clark

Crush – A young artist with the power of telekinesis starts up a relationship with Chloe but wishes revenge on those who left him in his condition in the first place. And Whitney receives some pretty tragic news.

Obscura – Lana can see through the eyes of a bad guy. Plus, Roger Nixon is inching closer to the Kents.

Tempest – A tornado comes to town on the night of the Spring Formal. Clark goes with Chloe, but of course you know he’s going to have to save Lana in the tornado. Whitney announces he is leaving for the Marines, and Lionel decides to close the Smallville LuthorCorp plant. Plus, Roger Nixon finds the storm cellar and Lex has a choice to make.