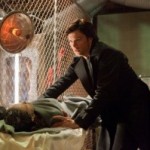 Season nine of smallville is to be now taking a season break until 2nd of April, after last nights episode conspiracy its announced that it will be the last until april.

Here included is a promotional trailer for the next episode and for after the episode, The next episode
“Escape” will be released April 2nd, we cant wait to watch it and keep coming back for more news on the episode.