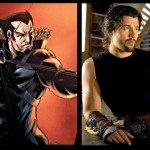 We’re now only a few weeks away from the return of Smallville on January 22.

Episode Disciple,” airs on January 22nd then following “Warrior” on the 29th. Then airing on the 5th of February the episode of smallville that we are and hopefully you are most looking forward to,”Absolute Justice” is airing on Feb. 5! with the winter break of smallville over we now will also be bringing alot more of news to you guys!

Here’s a taster of whats to come in smallville this month.

We have learned that The Dark Archer will be in this episode and will be played by Steve Bacic,The “Dark Archer” is an old mentor of Oliver’s from a Celtic cult of assassins, and seems that he will be causing trouble for Oliver as he is the “bad green arrow”. It also seems that “Speedy” or Mia Dearden will also be returning as Oliver’s sidekick. Oliver gets a new Green Arrow costume aswell in this episode.

It’s revealed that Serinda Swan will be returning as Zatanna in “Warrior”. Also revealed that this episode will feature the “Metropolis Wonder-Con” and where there will be an introduction of a new character who may be a new love interest for Chloe.Carlo Marks has been cast to play Steven Swift, who is also known as “Warrior Angel.” And as said above this is Chloe’s new love interest. Carlo Marks previously appeared as Chloe’s financee in the episode “Apocalypse” back in Season 7 set in an alternate-reality. 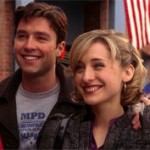 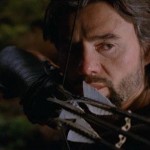 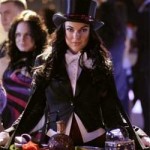